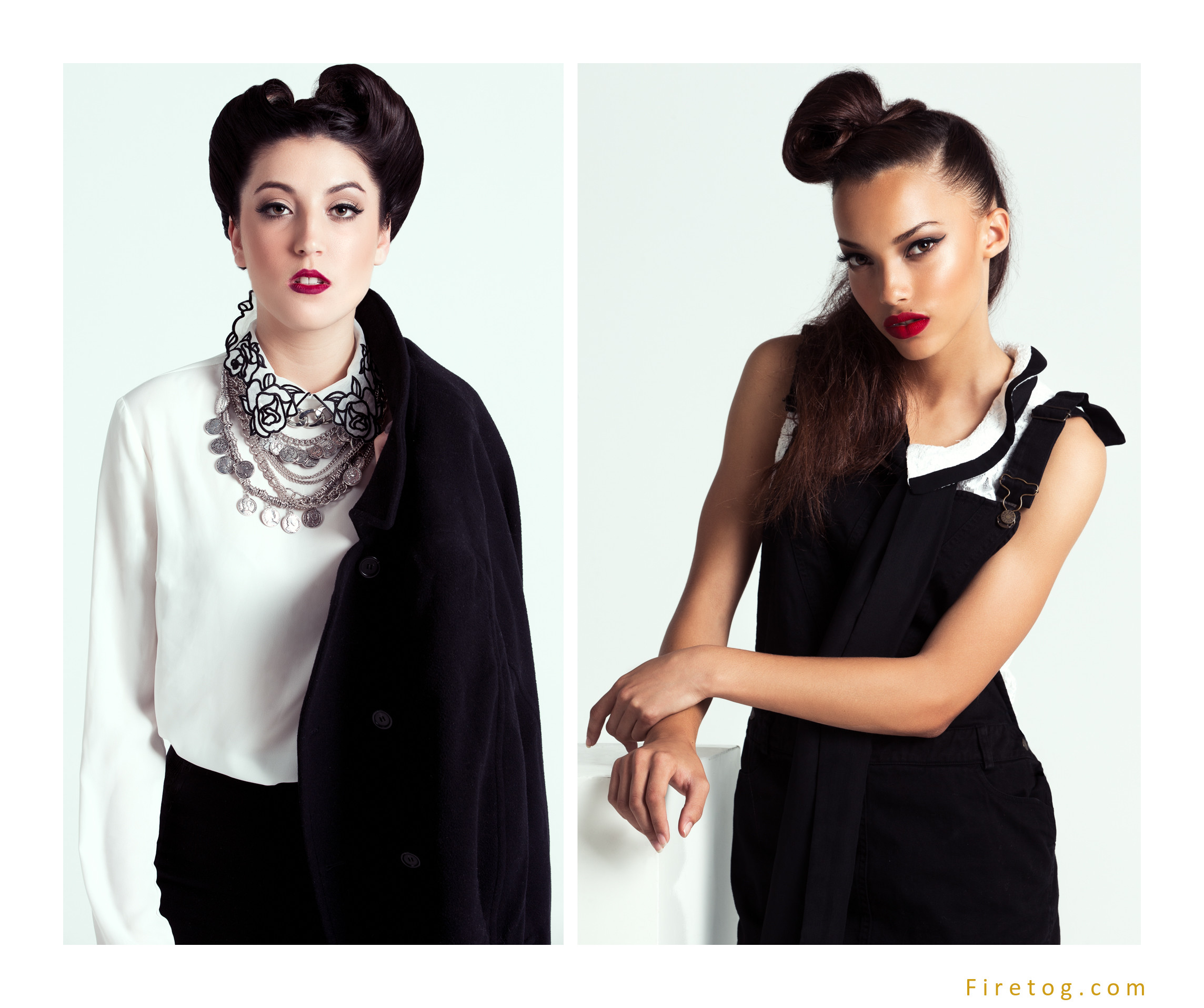 This shoot was a collaboration with Salon Pink, Janika Roberts, Afroditi and models Sammy Blakemore and Aliana King.   Pinky and her team came up with the concept, which was inspired by the hairstyles of the 1950's.   Janika Roberts styled the shoot with clothing borrowed from Orange Bay Company. 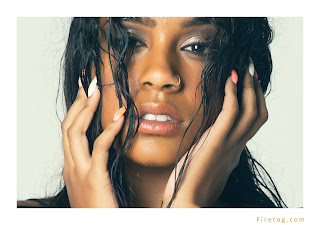 When I asked Savannah whether there was a concept that she wanted to shoot she mentioned that she would like to do one of the wet look shoots that I started doing last year.   We had intended to switch it up and shoot it outdoors in and around a pool, but unfortunately we were unable to use the pool on the day of the shoot so decided to shoot at whitespace studio instead.
Cherri Jones was the make up artist.