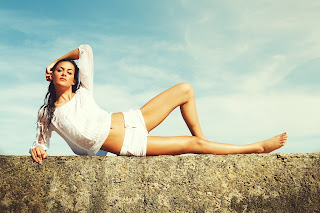 This shoot with Karina was organised at very short notice.  I'd asked her for a shoot when we met at the meet and greet a couple of weeks earlier.  Then when she emailed me to set something up I was really busy, so I gave her a proposal. I told her that if she could come up with a concept, provide me with inspiration images and pics of all the outfits that she was going to wear,  acquire a MUA and find a suitable location, then I would consider shooting it, providing it was up to the same standard as all my other shoots. 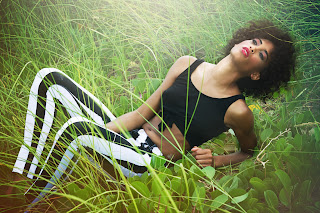 Its been about 3 years since I've shot with Lillian.  That was back when she was still an amateur and still learning how to model.  Since then she's been working as a full time model in New York and is currently signed with Trump Models.   She was back on the island for a family visit and we managed to fit in a last minute shoot the day before she left.  Lillian had provided me with some inspiration images that were fairly commercial in nature and quite casual looks. 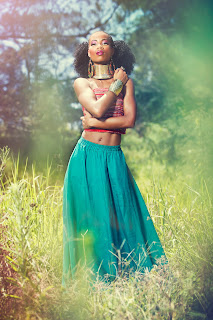 Now that my schedule has eased up a little, I'm finally getting chance to catch up on the backlog of the summer shoots.  This shoot with Desiree was shot back in mid July.  We had originally planned to shoot this concept back in March and April but had to cancel about 5 times due to bad weather or someone on the team feeling unwell.   In the end we put it off until the summer and hoped for better weather.  Which we got, it was as hot as hell.

The concept was Desiree's, she had several outfits that she wanted to shoot that were African inspired and she wanted to shoot it in the woods at Southland.   I'd never shot in southlands and knew it was going to be a quite challenge to try to balance the contrast between the really dark shadows and the strong rays of sunlight that come through the gaps in the canopy above.