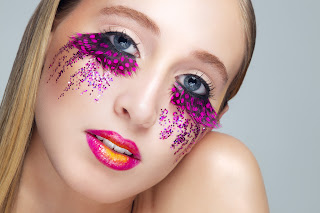 This is the third of four shoots that I did with the Make-up artists at the MAC store.  This is the second look done by Marcia, with Kira being the first.   The model is Jessica Sinclair.  I first saw Jessica when I was shooting behind the scenes at the Evolution fashion show rehearsals.  We had agreed to shoot in the fall of 2012 but that shoot was postponed as I decided to take a 4 month break.  Hopefully we will reschedule it for this summer.


When I started shooting Jessica I did a couple of test shots and zoomed into the image to check the lighting and sharpness etc.  Her eyes are stunning, not only in colour and size, but when I zoomed right in I saw swirls of blues and flecks of whites all around the iris.  It reminded me of the images you see in a kaleidoscope and was a little mesmerizing at first.   For a couple of seconds I was a completely thrown off my game and out of my shooting zone.  That's never happened to me before.  I think a might have muttered a "Holy Crap" at some point when I first saw the close up image.

Marcia did a wonderful job on the make-up.  The glitter tears were a nice feature, although it made for a tricky edit as the glitter is stuck on with glue, the dried glue surrounding the glitter needed to be carefully removed in photoshop.  I particularly like the yellow on the inside of the lip, it adds a pop of colour that the images needed.

The light set up was a standard beauty shoot set up, the the Beauty dish straight in front of the model (slightly to the right to avoid the stand getting in the shot), and the reflector under the models chin.  This was the same setup I used for all four shoots.  It was shot in the MAC store and the backdrop is just a regular white wall. 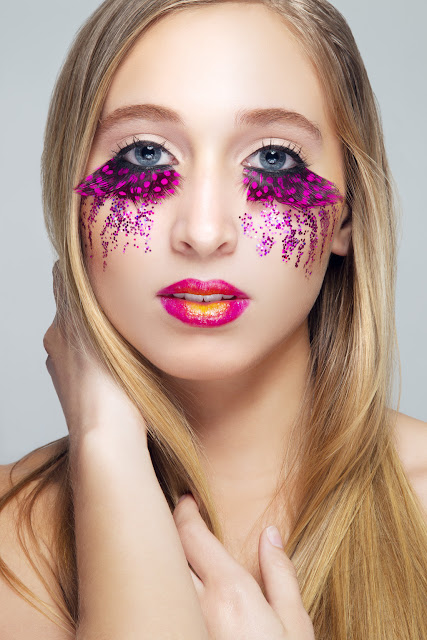 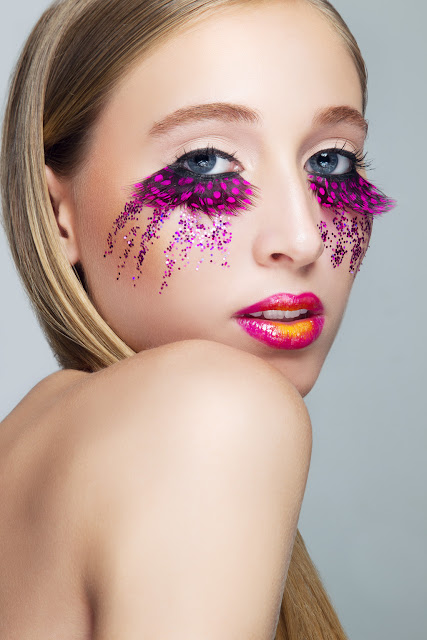 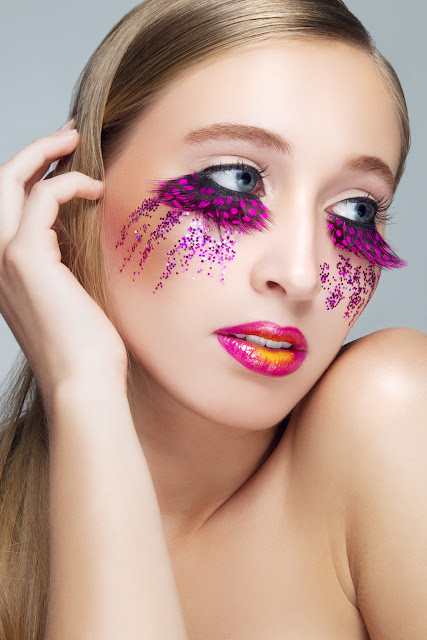 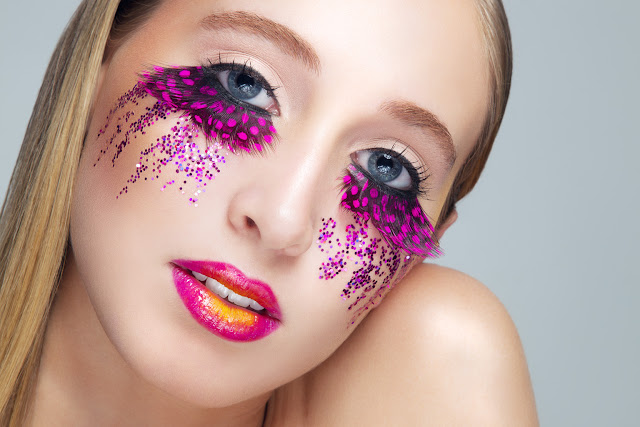