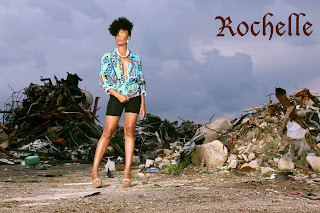 Rochelle was one of the first models I ever shot with, way back in 2008 when I was still learning about lighting and had minimal retouching skills.  Since then we have shot at least once every year until last year when she won Miss Bermuda 2012 and wasn't allowed to shoot with anyone other than on official Miss Bermuda business.
So now that her reign as come to an end we get to shoot again.  Congratulations also to Katie Arnfield, Miss Bermuda 2013. (Katie - looks like we'll have to put shooting together on hold for a year)

The location for this shoot was loosely based on the ANTM shoot that they did at the garbage recycling plant.   We chose to shoot at the airport dump which is similar in appearance.  Rochelle styled the looks, getting the key pieces from her granny's wardrobe.  The pink dress was created for the shoot and was designed by both Edith Rookes and Rochelle and then stitched by Edith.

Having worked with Rochelle a lot, I know she is pretty fearless and up for almost anything.  So I really put her to the test with this shoot, perching her on top of 4 crushed cars in 4 inch heels.  She passed :D   After the shoot whilst relaxing at the swizzle inn Jack says "If any of my models ever complains about the shooting location, I'm going to tell her about today and how Miss Bermuda modeled on top of a pile of cars"

Afroditi did the make up for the shoot <3.   It was my suggestion to add the yellow mask.  (So if you hate it blame me lol)

I had 2 assistants for this shoot Jack Thomas and Bryant Richards.   Jack and Bryant are looking to learn some tips on lighting so having them assist helps them understand my thought process and I explain to them as I go along (most of the time), what I'm doing and why.

For this shoot I had 2 Eisteins.  One in a Beauty Dish and one in a 3x2 soft box.  The Beauty Dish was the key light and the softbox was on a lower setting to add some fill light.   Both lights were at about a 45 angle, one on each side. 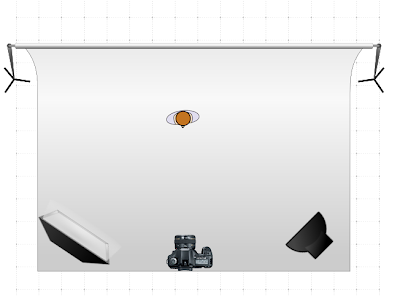 It was a rainy morning and quite a few times we had to go and take shelter in some of the old containers and discarded buses.  As a result of the weather the sky was grey, so I had the option of under-exposing it for a darker sky line, or over exposing it for whiter than normal.   For the first set I chose the dark sky for the second I chose the white sky. 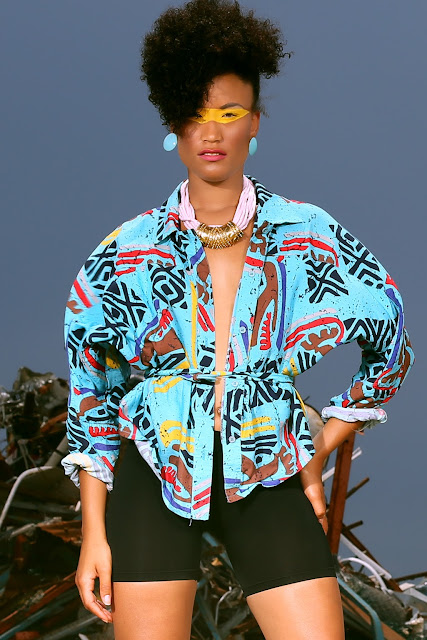 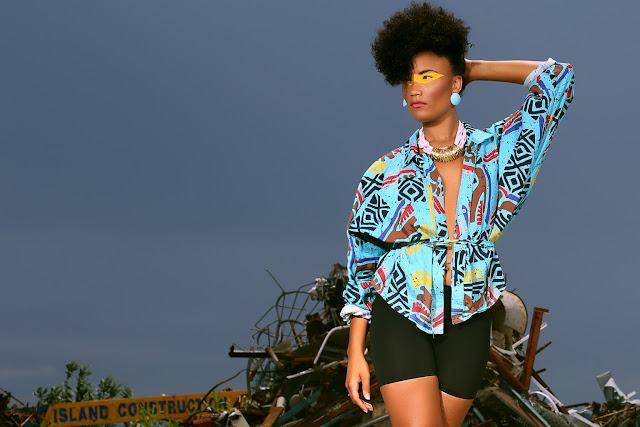 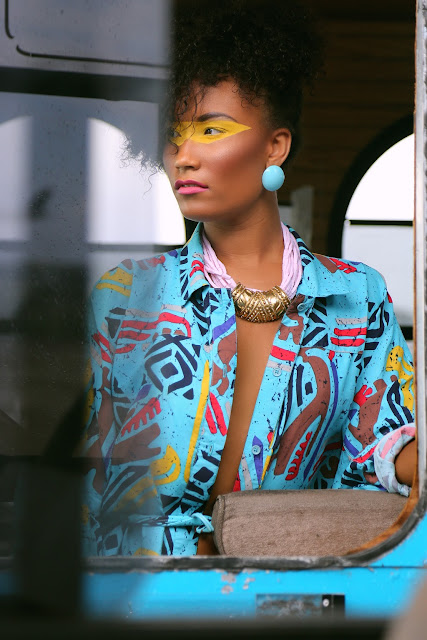 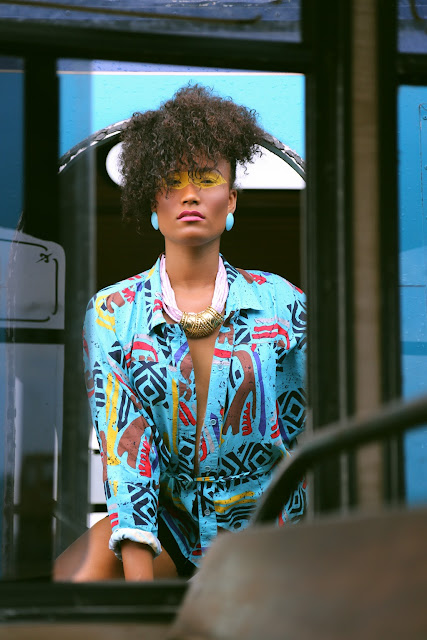 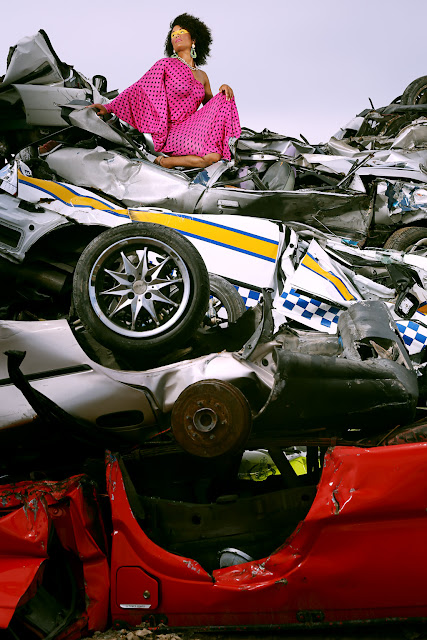 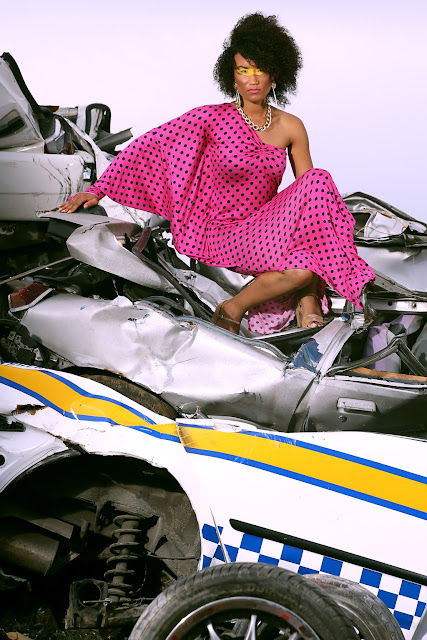 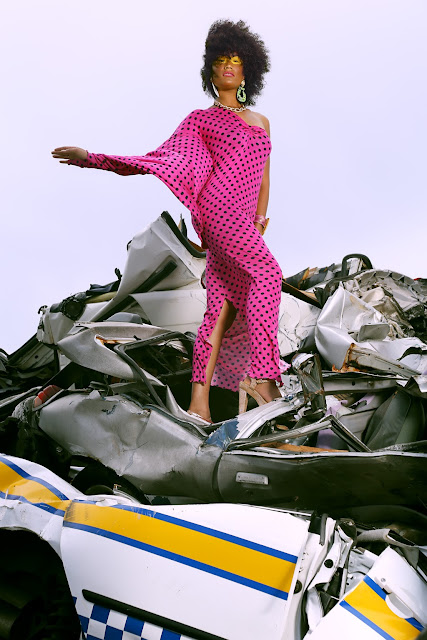 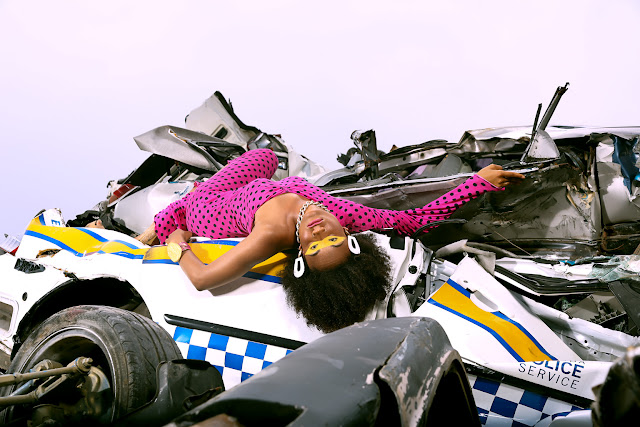 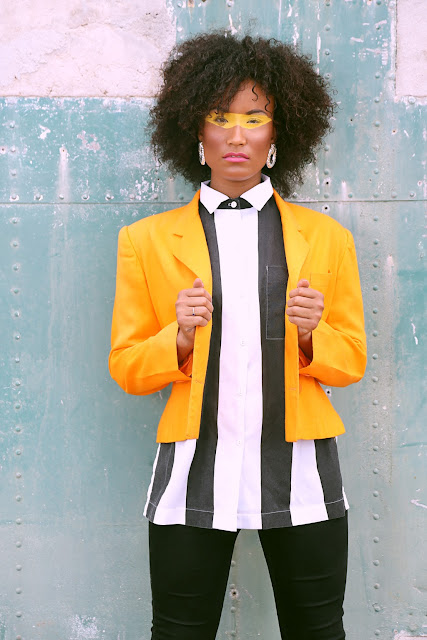 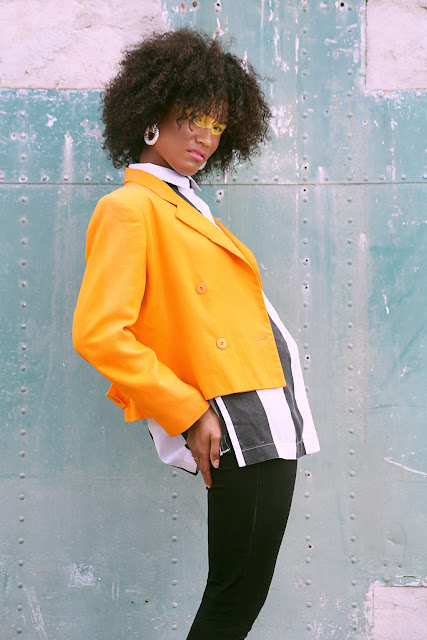 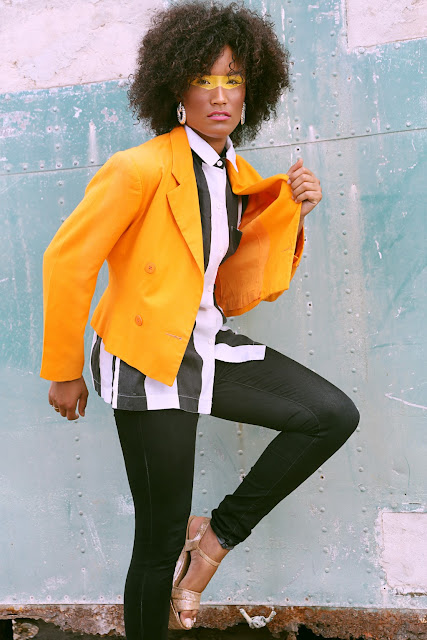 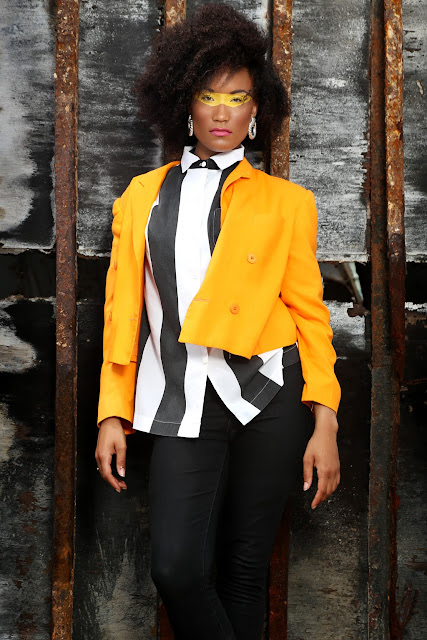 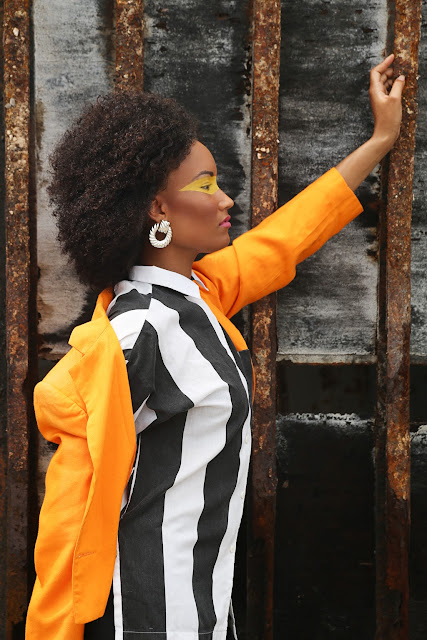 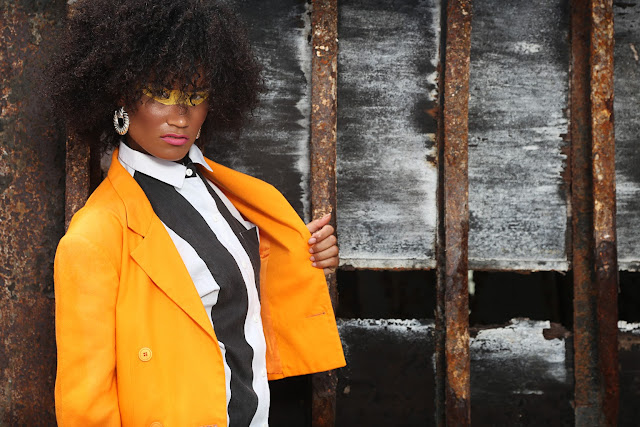 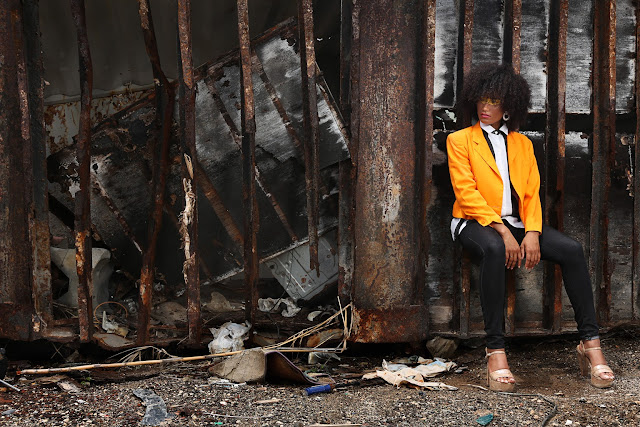 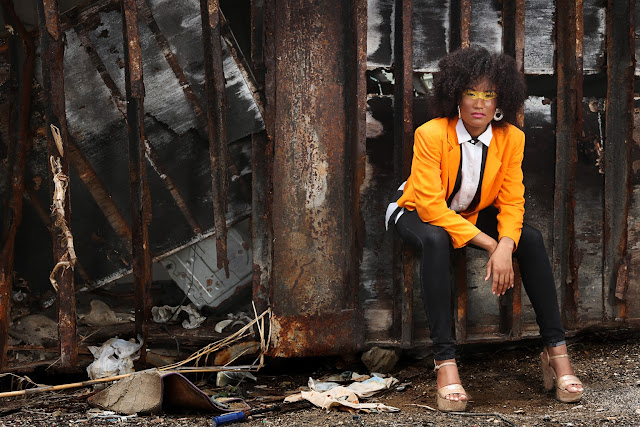 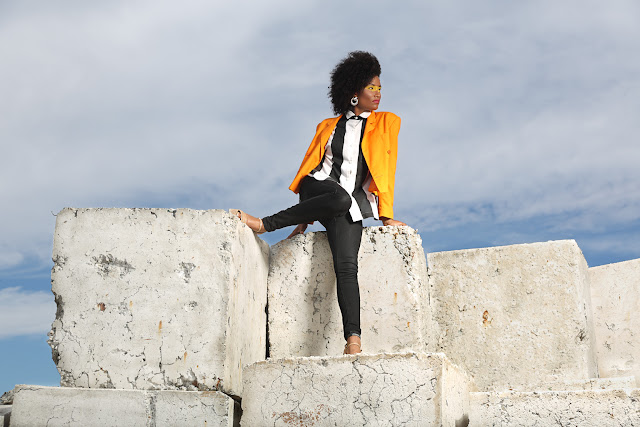 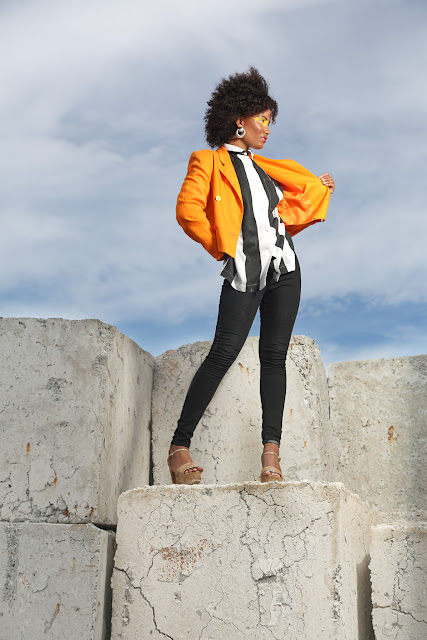