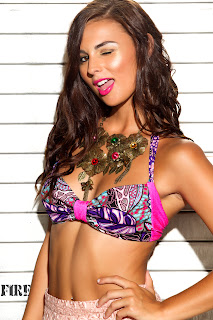 As with almost all my summer shoots this shoot with Riley Henderson was planned back in April.  We originally agreed to shoot swimsuit, however, Riley has been busy modeling all summer and had already done several swimsuit shoots, so a couple of days before the shoot, we decided to change the concept to a fashion shoot.  Riley asked Shay Gibbons Ford if she could use items from Shay's Renew collection.  Shay agreed and I believe there may also be some items from Fatimaya too.

As the clothing is youthful, colorful and urban/edgy I suggested that we do the shoot with a lot of personality, so rather than shoot editorial expressions that generally tend to lack a lot of emotion and eye contact, I wanted this shoot to be goofy, flirty and have the sort of poses and expressions that you'd take with your iphone in the bedroom mirror when you're messing around.  Riley loved the idea as it's something that she hasn't done at a shoot before, although by all accounts something she does a lot in front of her own bedroom mirror.

The Make-up was done by Kyla Tear from MAC and came out great.  I didn't give Kyla any particular color pallet, I just explained the concept and said the look needed to be fresh.  I'm not sure if Kyla got to see the outfits but the pink lip matched perfectly with the outfits and photographed really well.

The reason that this shoot is in 2 parts in due to the amount of images that we took and also the amount of images that I want to edit.  The shoot was only 50 minutes long but we managed to take 745 images.  That's about an image every 4 seconds.  To put that in perspective some of my shoots are 3 hours long and we take about 250 images.  So the shooting rate was about 10 times what I normally take.  The reason was very simple, normally my shoots are very controlled, the poses are exact and directed, and when everything looks good to my eye I take some shots, maybe 10-15.  With Riley's shoot I wanted to capture natural expressions and spontaneous poses.  I told Riley before we started that I wanted her to just keep hitting poses and goofy expressions and not to wait for directions.  This was definitely a fun way to shoot and I think we managed to capture the youthful exuberance we were aiming for.  I have edited 12 images in this first set and will edit a similar amount for part 2.

Technical Info:
This was shot in the Firetog Studios, well not really since they don't exist.  It was actually shot in an underground carpark and the back drop is a metal door.   I thought that the metal slats would go nicely with the edgy looks and the reflective surface would really make the colours pop.

Lighting was 2 strobes (Einsteins of course).  The key light was about 12 feet high directly in front of Riley with the 11" long throw reflector attached.  The second light was in the 64" PLM with the diffusion cloth attached.  This was used for fill and to soften the shadows slightly.

Editing wise, very little was needed.  Either Riley has impeccable skin or Kyla did an amazing job on the make up, or both, because I hardly had to do any skin work at all.  Most of the editing time was working with curves to boost the contrast, some dodge and burn and some sharpening.   Average edit time has been about 20 minutes per image rather than the normal 1 to 2 hours.  That makes me very happy :)

Ok here is set one, CLICK ON IMAGE TO ENLARGE 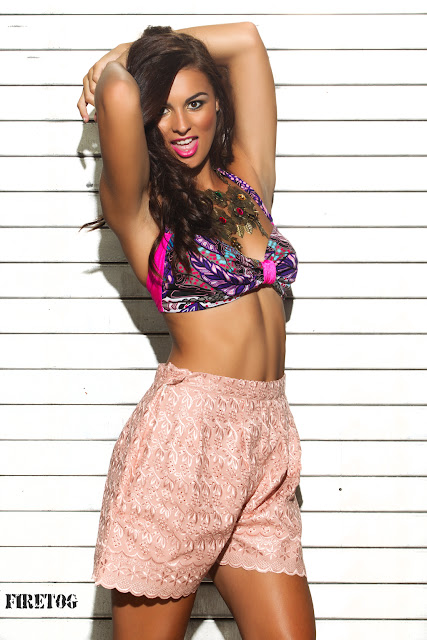 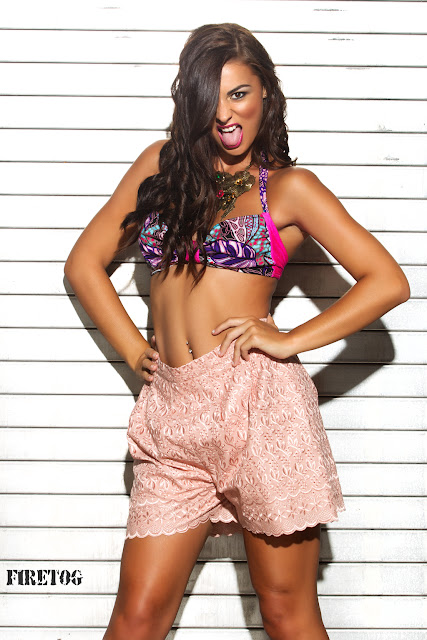 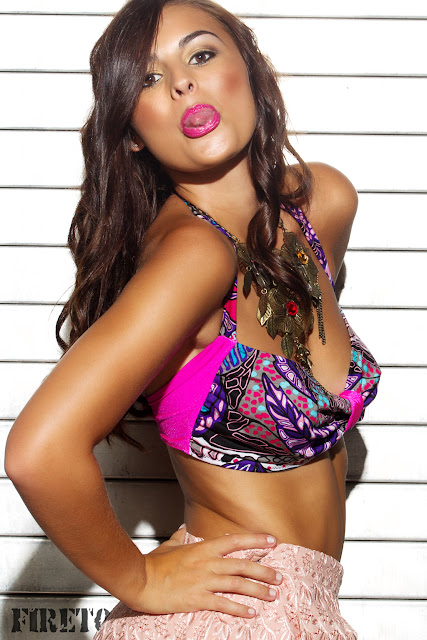 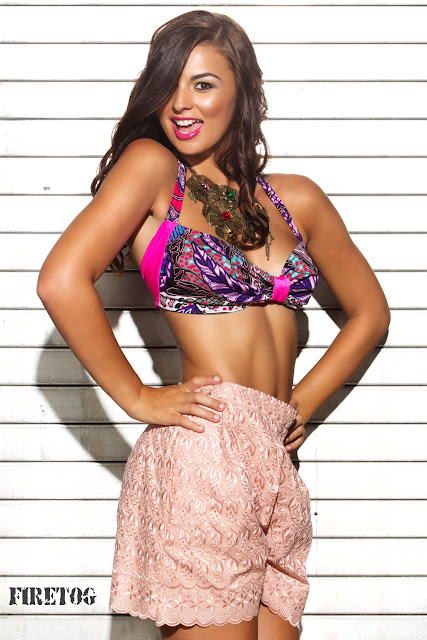 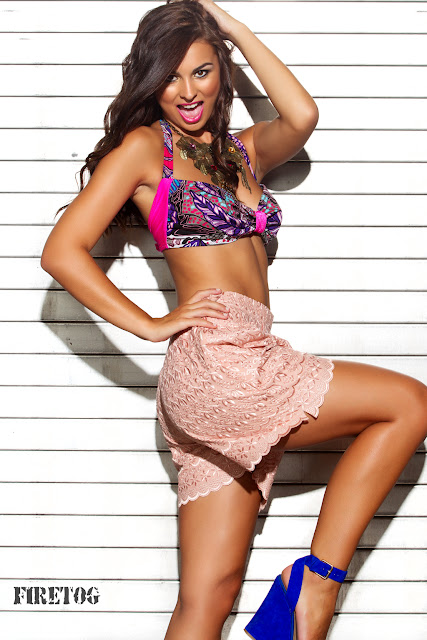 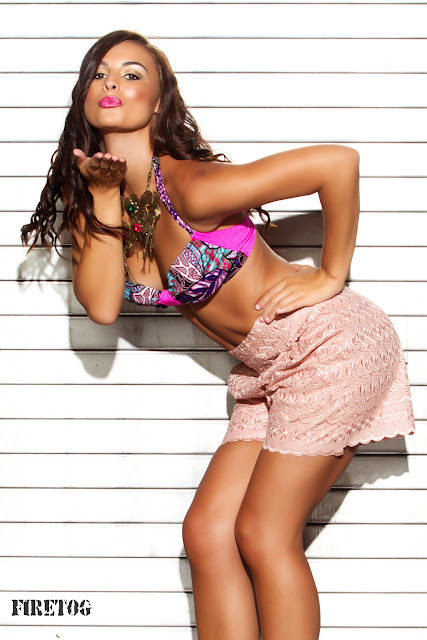 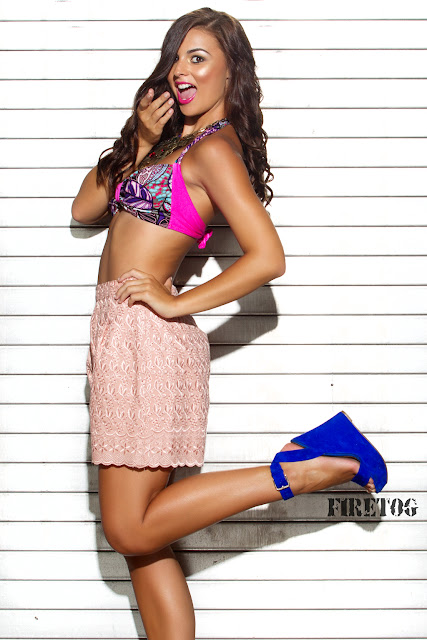 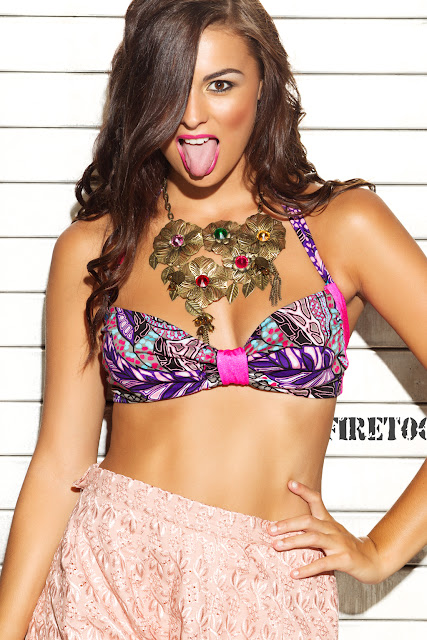 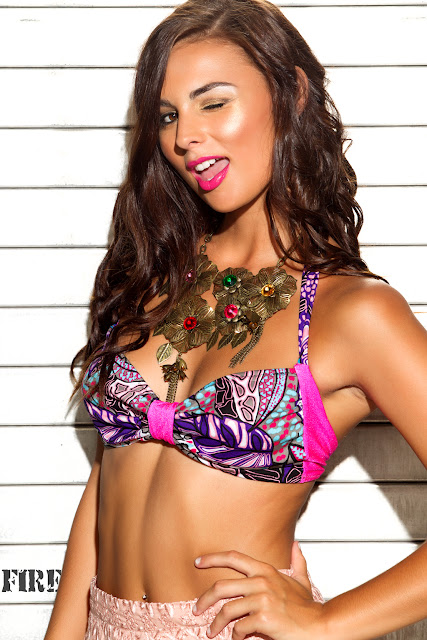 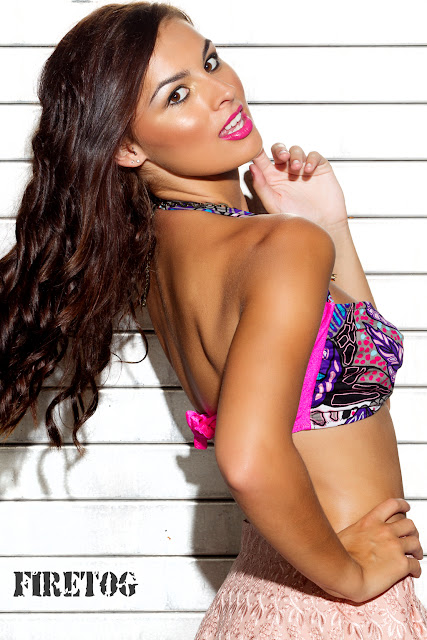 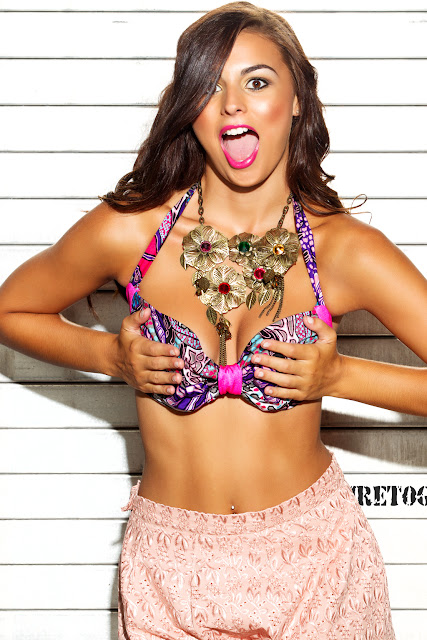 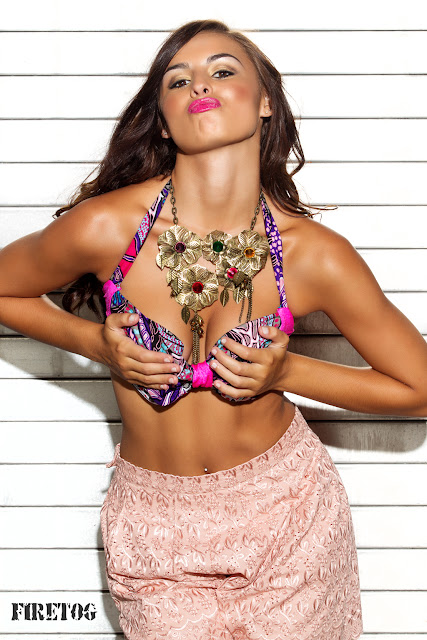